Maxim Tur is a graphic designer and media artist in the interdisciplinary Feld of internet and reference art. He studies at the University of the Arts Berlin. In terms of content and visuals, the work deals with pop cultural ideas and references in an anti-stylistic, digital context. Most recently he exhibited together with Erik Anton Reinhardt at ORi Berlin and Display Berlin, curated by Constantin Hartenstein.

„[...] so the lowest common denominator is always the interface between digital and analog living and working conditions. >Postdigital< not only describes this interface, but also designs the transition points with [...]“ (Franz Thalmair) The digital and the virtual are so present that the question arises whether the offline world no longer exists independently of the digital world. Whether our computers become one with the activities of their users. Are we projecting a fictional version of ourselves or a new me into a new reality? We want to look at the question from the objective point of view of the computer machine and remind us not to be tempted to view the digital / the virtual / the Internet as an opaque metacosm; to understand that the existence of this is in an indispensable dependence on the physical. Just as the computer cannot without the physical existence of the computing hardware, not without the substantial existence of electrons, and also not without real work and energy that the electrons supply, exist and function. 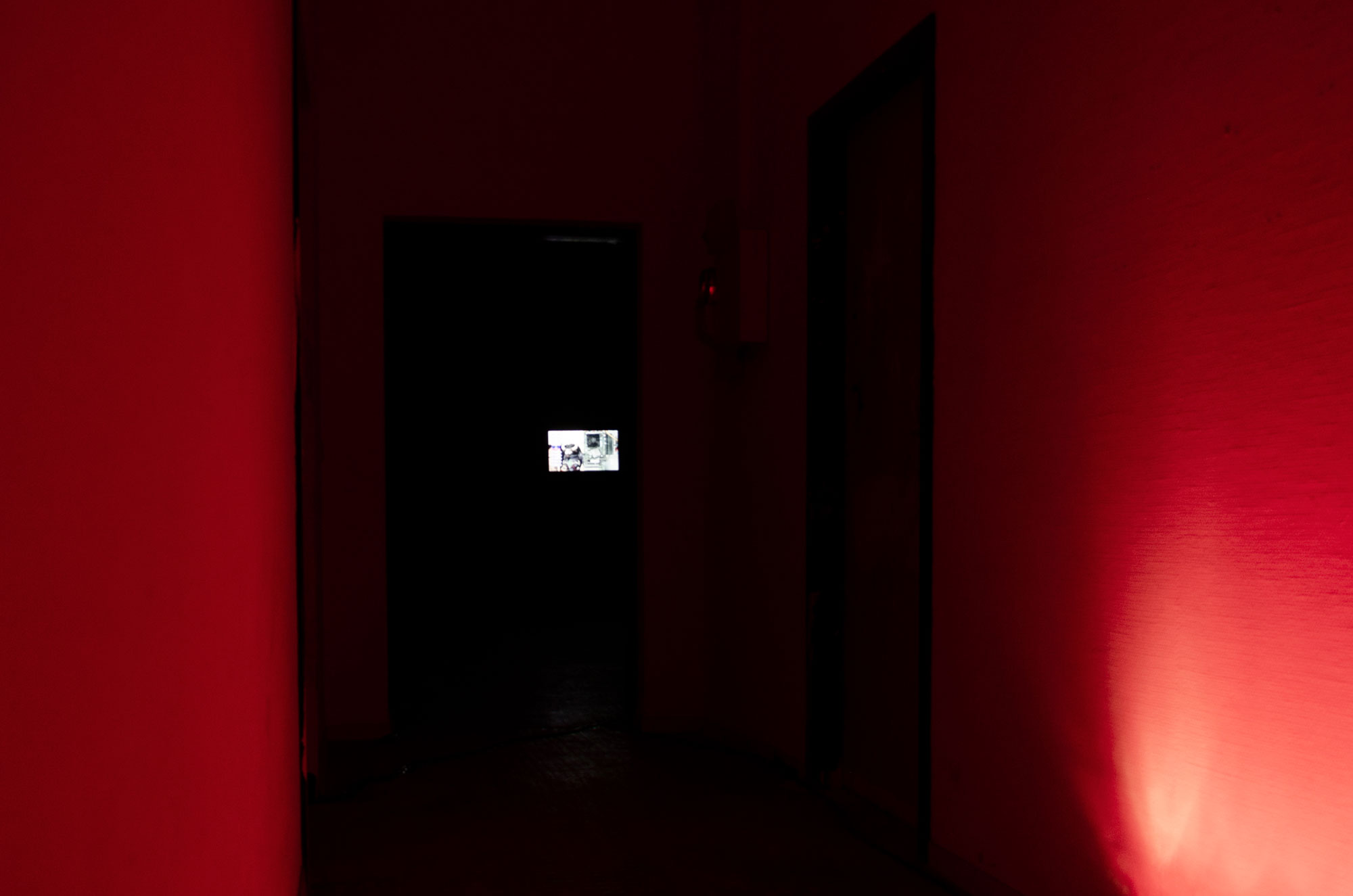 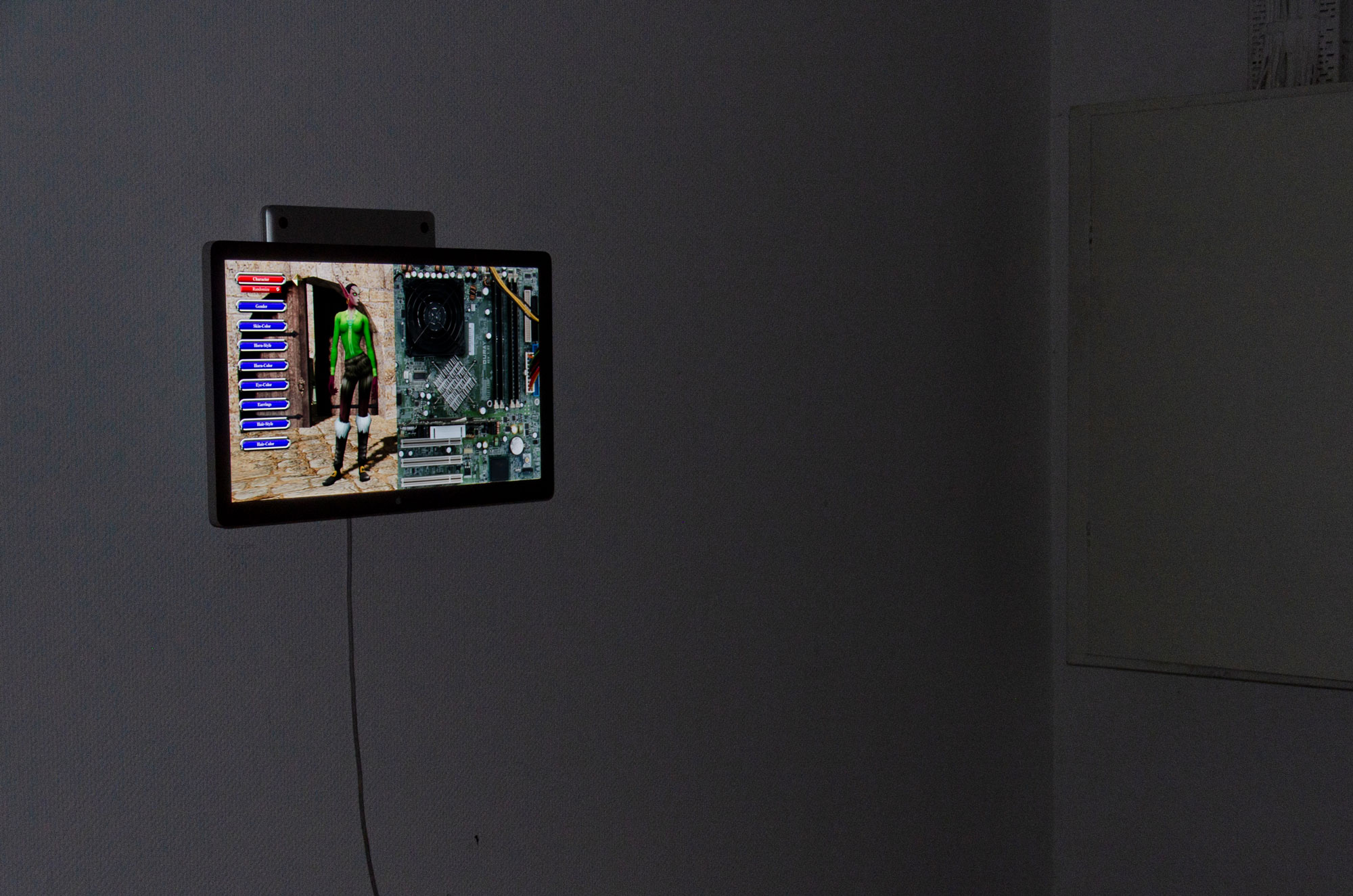 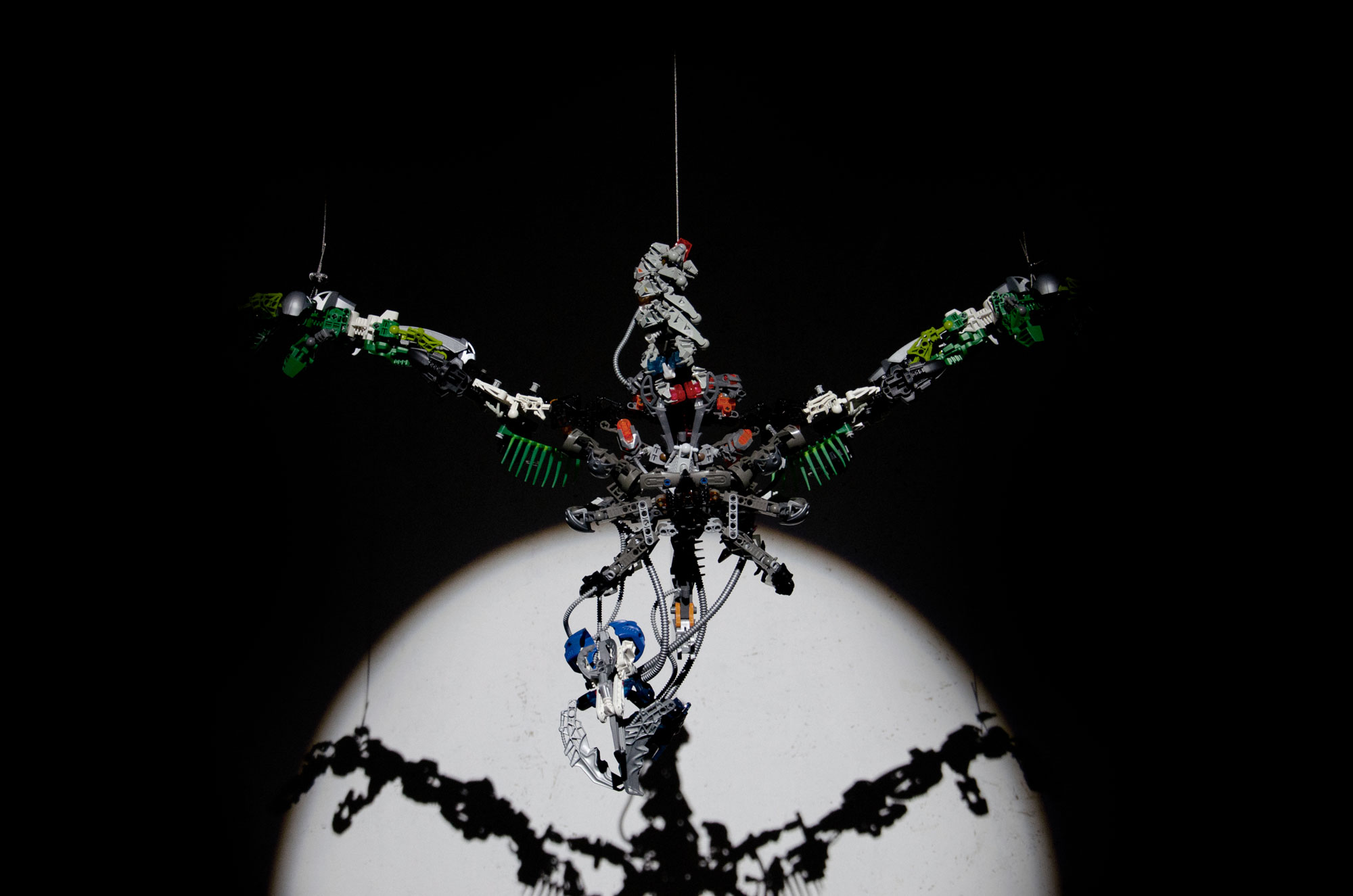 The sculpture is opening up a fictitious dystopia, long time after the Anthropocene. The concept is based on the idea, that what stays, after society is gone, is the plastic trash and plastic toys humanity produced. Humans of the future find the bionicle toys, not knowing they are not more then toys, build religion around it. 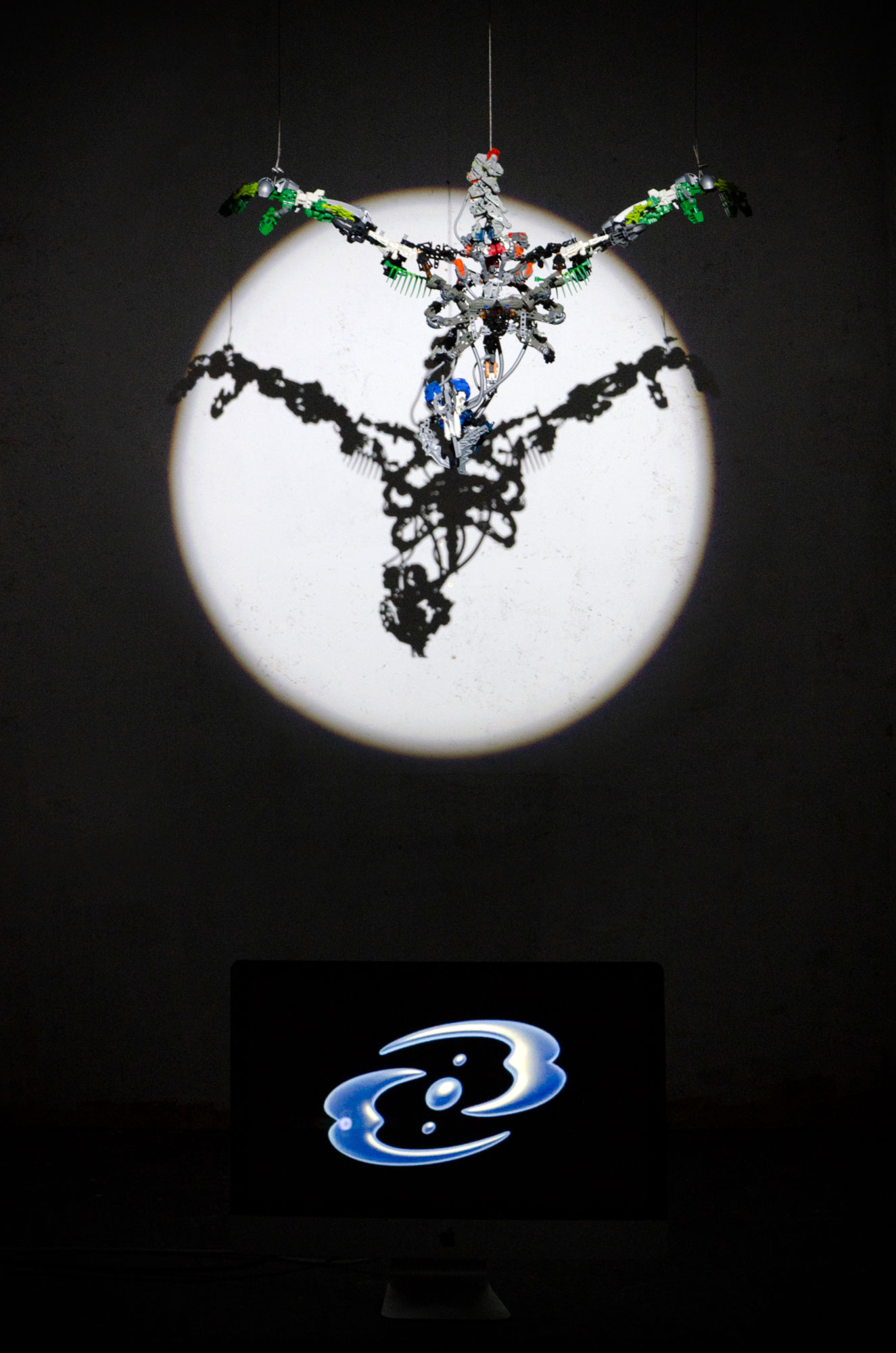 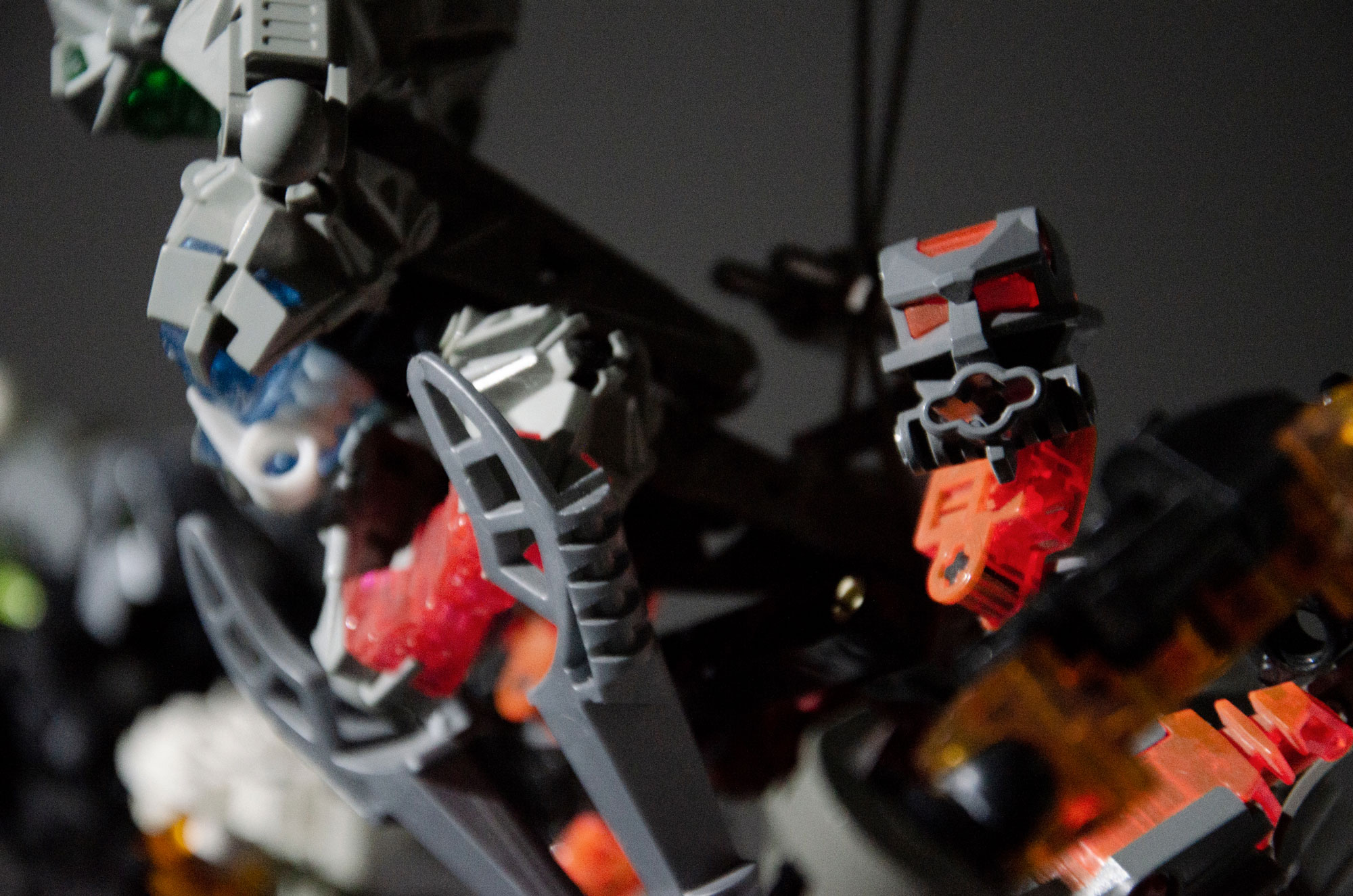 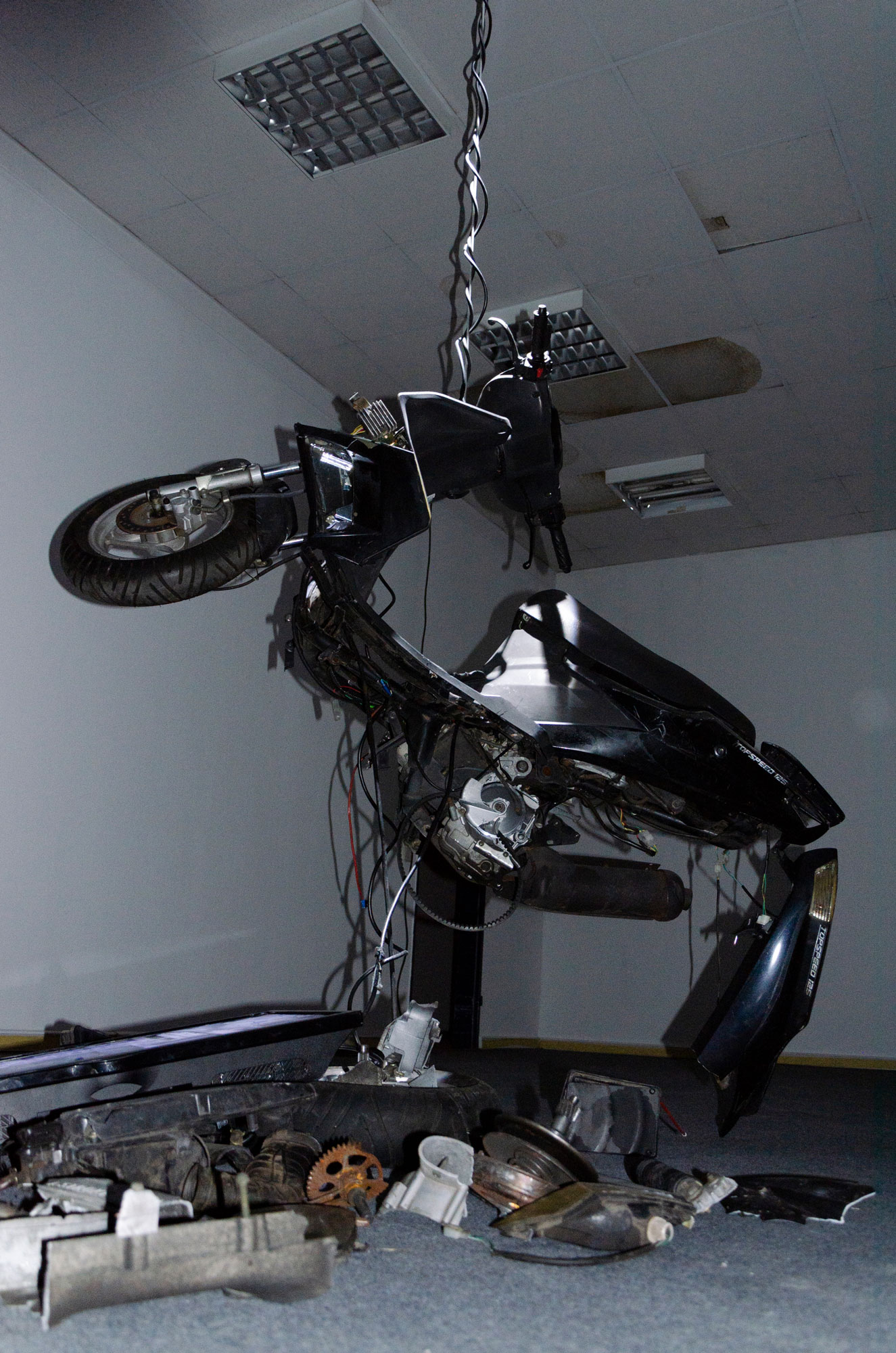 In 1909, the futurists of Italy dreamed of a bright future, asked to leave the past behind and indulged in the delusion of speed, acceleration, violence and progress. Above all, Marinetti (1876-1944) chose the motorized vehicle as a representation and symbol of their ideology - it raced in supposedly better times: speed as the highest maxim to overcome nature. More than 100 years later, we see the consequences of this arrogance, question these old ideals and find that nature has not been overcome, instead an injustice is done to nature that harms people themselves. Progress optimism gives way to a pessimistic attitude, the feeling of abjectiv times. In this way, post-futurism does not establish itself as a direct continuation of futuristic ideas, but as an alternative to futurism. In an ironic manner, our enthusiasm for acceleration and speed is reduced to absurdity in our artwork. A scooter, the motorized vehicle, a kinetic object - actually capable of moving horizontally - is plunged vertically into the depth, reaches a new maximum speed in order to burst on impact. The vehicle is completely demolished. The wreck is exhibited; it is the relic of old ideals, the constant acceleration of which ends with its destruction. 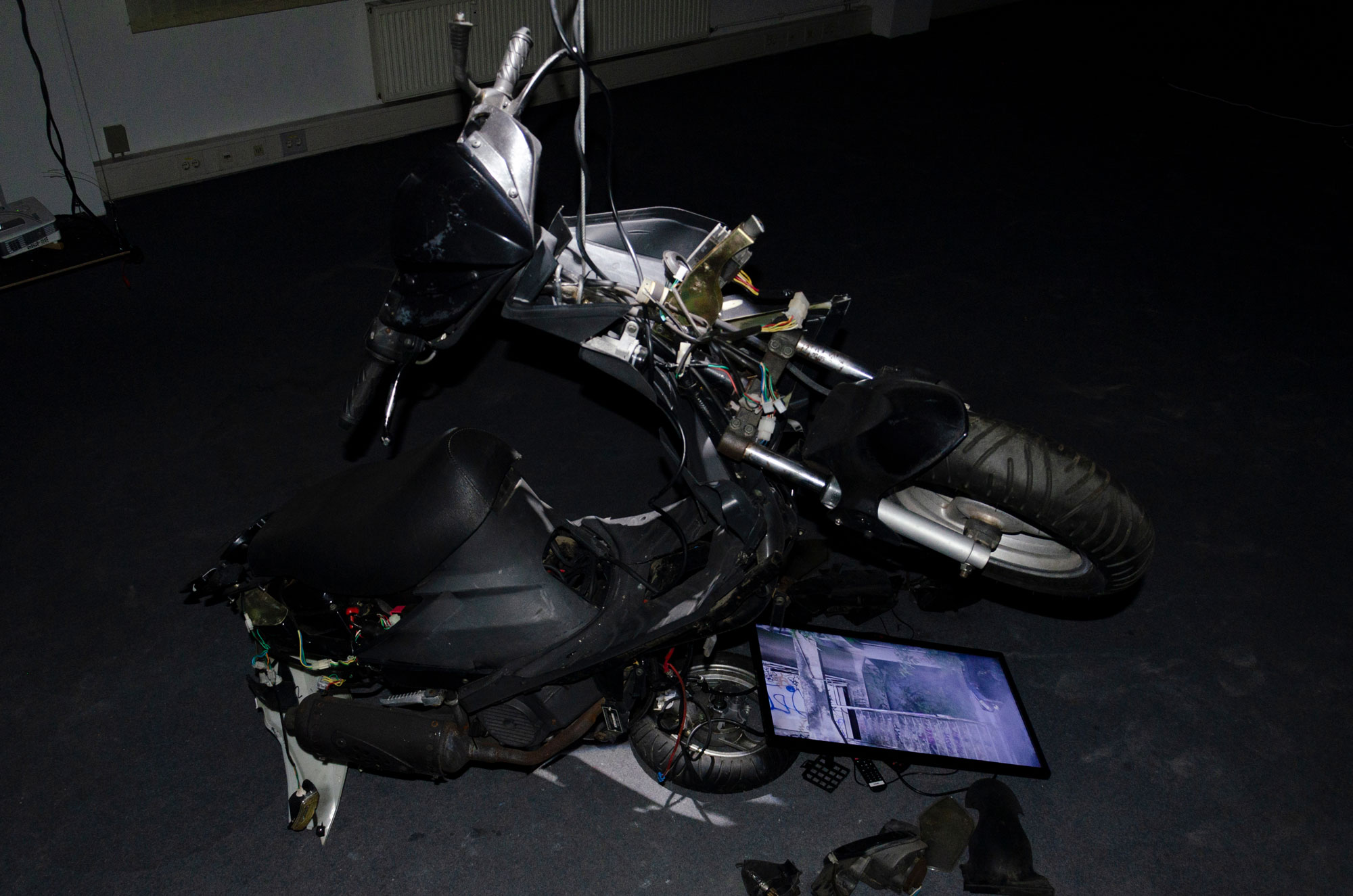